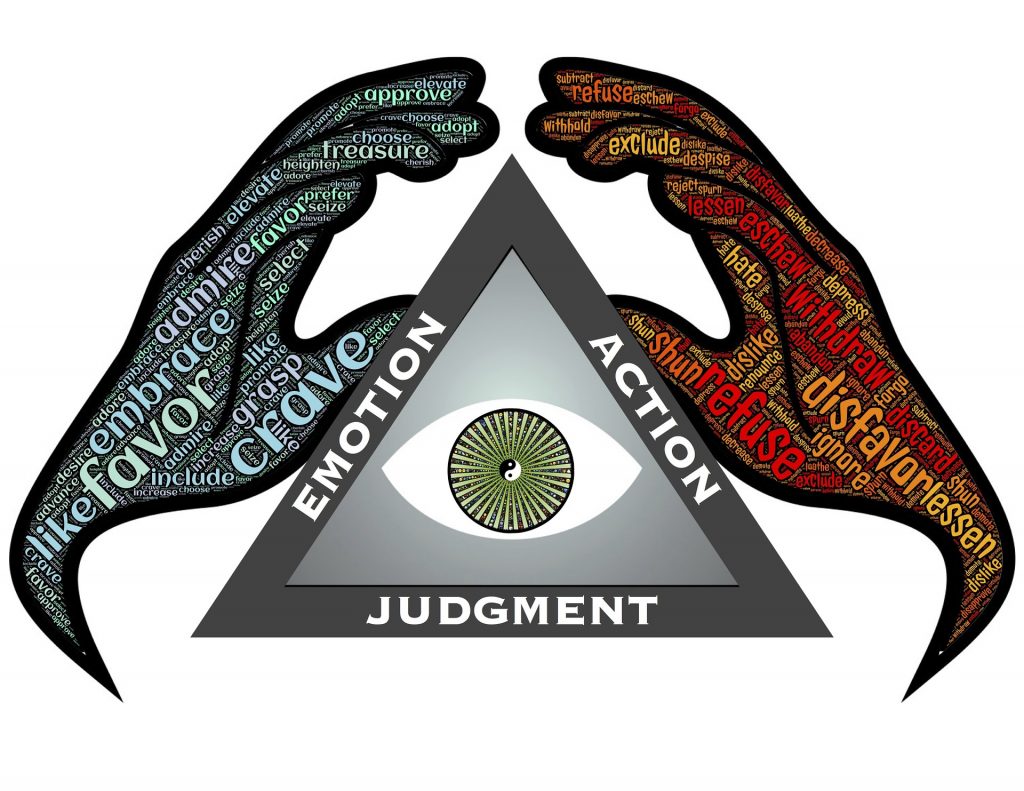 “People who are divided are easier to control.” - David Draiman

The school year is coming to a close. Another one almost in the books. It makes a dozen for me now. What a crazy, exhilarating, exhausting, roller coaster of a twelve years it has been too. Wait. This already is taking a similar tone for so many passionate pennings of educators who are walking out those doors at the end of the year for the final time. Done. Over it. Broken down. Burned out. While I may feel that from time to time, I am returning for my baker’s dozen.

These past two years have allowed me to make observations from different perspectives that I believe gives me credibility to critique a profession that both gives me heart burn and heartburn. (For those new to my musings, heartburn is a clinical diagnosis, while heart burn—two words—is the burning desire you get from someone or something.) My passion for education gives me heart burn.

Heartburn is a real thing, too. Education definitely keeps the stock steady for antacids. I believe I have identified several key components that are causing rancor among educators. Trust me, I already know that this is going to trigger many people. I’m going to speak candidly about what, in my opinion, is causing division between educators and the public.

I am not sure when ridiculing, harassing, and threatening people for sharing opinions became the norm, although I would venture to guess the widespread presence of such behavior was not far behind the advent of social media. The keyboard has empowered so many today into saying whatever it is they want with complete disregard to others. The problem is that reality is becoming skewed by this complete lack of civil discourse.

To be fair, Uslaner (1996) had pointed out that incivility was nothing new as people have often refused to believe the thoughts and views of others as with whom they disagree if they felt such thoughts did not align with theirs. Thomas (2016) reminds us that name calling was prevalent in high-profiled elections such as the election of 1800 between Thomas Jefferson and John Adams where well-respected people such as the Timothy Dwight IV, president of Yale University, wrote that Adams was hermaphroditical character because he didn’t act like a man or a woman.

Social media allows users to interact with one another. The key though is that you do not actually have to face the person with whom you are disagreeing. This creates psychological empowerment in the cognitive area of impact (Li, 2015). For example, a user may respond to a school district’s public release with disparaging remarks about the school district’s leaders or other staff. Unfortunately, the psychological empowerment creates a negative cognitive distortion that Silva Casabianca (2022) calls the fallacy of change. The user believes “other people will change their ways to suit [the user’s] expectations or needs, particularly when [people are]  pressured enough” (para. 15).

Recognizing the lack of civil discourse, Graham (2008) created the hierarchy of disagreement. The pinnacle of the triangular disagreement hierarchy sees the person disagreeing as refuting the central point. “The force of a refutation depends on what you refute. The most powerful form of disagreement is to refute someone’s central point” (para. 20). Graham points out that the person refuting may in fact be wrong, but it’s at the top because it focuses on the statement and not the person.

The bottom of the disagreement hierarchy is where we see more people residing. It is, from the bottom, name calling, ad hominem, and responding to tone. None of these types of disagreement hierarchies contribute to the conversation. They actually avoid the topic altogether and instead attack the person. It is done by attacking the actual person (name calling), discrediting the person instead of their statement (ad hominem), or criticizing the writing rather than the substance (responding to tone).

The pandemic saw more social media users responding to educators in the fourth disagreement hierarchy: contradiction. “In this stage we finally get responses to what was said, rather than how or by whom. The lowest form of response to an argument is simply to state the opposing case, with little or no supporting evidence” (Graham, 2008, para. 11). Even if the user feels they are in the right because they didn’t attack a person, they are still lacking civil discourse that creates a productive society.

Healthy civil discourse is needed to bring about impactful change. Unfortunately as time has progressed, so have the necessary components of civil discourse. Users can hide behind a pseudonym and regularly attack educators. What’s worse, faceless and nameless educators attack other educators with whom they disagree. This sort of professional cannibalism in which educators prey on educators may stem from the examples being given to the general population by high ranking leaders in this country.

When mentioning politics people often bristle because the assumption is that the author is pointing fingers at one specific person or party. This is not the case as Muddiman (2017) pointed out that “many politicians, citizens, and scholars find the current U.S. political context to be untenably uncivil” (p. 3182).  She summarized, “Extreme partisan attacks, such as calling the political opposition Nazis [and] aspersions (e.g., calling someone un-American) should be considered impolite” (p. 3197).

While we have determined that name calling was prevalent in 1800 politics, the last six years has taken this country to a new low. The political arena has become a hotbed for incivility, or impoliteness. What’s worse is that this incivility has seeped out into followers of the politicians. This was seen clearly during the pandemic as lines continued to be drawn in the proverbial sand—in person vs. remote, masks vs. no masks, vaccination vs. no vaccination.

The last two years have put education front and center of most political debates. Voices have been loud in stump speeches on how education must and will be reformed. One voice is constantly being drowned out or ignored. The voice of the educator. Most educators are feeling stuck in the middle pulled this way and that or feeling forced to choose a side.

If politicians truly cared about the well-being of educators and students, they would put a moratorium on curriculum mandates (e.g., CRT vs. non-CRT)  that are causing yet further division in our country. U.S. and state legislators are taking too much of an active role in education when each district has a locally elected board tasked with providing the most appropriate curriculum for their community. Yes, any district that is actively promoting racism and discrimination of federally protected statuses should have consequences. But what we have done through unnecessary laws has created a mold for what every school should look like throughout their state.

A relevant concern is that the tearing down of public education—along with the educators—is quite intentional. Schneider and Berkshire (2020) sounded the alarm that money from large organizations and philanthropists are pushing politicians to take measures in disassembling public education in favor of the more highly touted privatization of education. There is frightening clarity to this idea as we see the political division burning out more educators which leads to an exodus at all levels. When the numbers dip low enough, privately funded schools with clear agendas will be waiting on the doorstep to “save the day”.

Morton and Valley noted that “the impact of Covid-19, coupled with political turmoil at the local level, has likely added as many as 3,000 vacancies beyond normal attrition during the last and current school years in the approximately 13,500 public school districts” (para. 9). We are seeing entire boards turn over in districts right now as new members arrive with agenda in hand. We are seeing public meetings go awry firsthand as the pandemic thrust many board meetings into the world of streaming. Again, caught in the middle, are educators.

The education hierarchy is under immense stress and pressure as boards pressure superintendents who pressure assistant leaders or building principals who pressure teachers. This is not sustainable to our profession. The trickle down effect of these agendacized boards leads to one of two things. First, we see educators either resigning on their own will or forced out because these educators are not willing to compromise their values or beliefs. They choose the highway when given the choice between that or ‘my way’. Second, those who want to keep their position do begin to bend under political pressures. This leads to dissension among the educators of the district.

Local politics have begun mirroring the national and state political scene in which boisterous and outlandish viewpoints become commonplace. Radical board members are vocalizing concern over indoctrinating students while presenting their own indoctrination ideas. Board members are failing in recognizing that all districts—urban, suburban, and rural—have a unique and diverse student body. We must recognize that our approach to education must provide a balance in what we are teaching students with an emphasis on teaching students how to interpret information for what is most applicable for their life.

So how do we approach three of our biggest strifes in education right now and find a tenable solution to right a severely listing ship? The answer is not eliminating social media. Social media companies combined earned over $130 billion last year. The freedom of speech should not be equated to the freedom of widespread bigotry, racism, and vile hate. Nor is the answer convincing radical politicians that they are doing more harm than good. The answer is more in how to respond to such outlandish commentaries on social media and from politicians.

As a country, we must get back to ensuring that our legislators we are sending to state and federal houses are doing so with a collaborative mindset. We need political leaders who are not afraid to stand in the middle of the aisle knowing that at times they must cross over from side to side. We need to be cautious of the contributions to political parties and figures as this becomes predictive of their voting patterns and agendas.

Moreover, we need to understand that having a melting pot of viewpoints in America is not a bad thing. We need to hone the skill of hearing a differing viewpoint without the basis of judgment on the person. Educators need to be able to speak candidly about what they or their students need without the fear of retaliation of some form.

Our nation has been working towards becoming more divided for years. Education had long stretched out its arms, clinging to each side, dangling over the chasm below. The pandemic was the final blow that thrusted education into the spotlight causing people to choose a side: pro- or anti-education. Right now the wisdom of the crowd theory is irrelevant as it is impossible to determine which crowd is truly looking out for the best interests of education.

It is time to take a step back and give a hard look at what is happening in our politics and on our social media. Other countries are watching the unraveling of some of our greatest structures in which this nation was founded upon. More than that though, our youths are watching. This discord will only breed more discord if we do not take action to censure poor behavior.

Schneider, J. & Berkshire, J. (2020). A wolf at the schoolhouse door: The dismantling of public education and the future of school. The New Press.

Uslaner, E. M. (1996). The decline of comity in Congress. The University of Michigan Press.

Decisively Divided: How Lack of Civility Puts Education at Risk