It’s that time of year again where academic honors and awards are handed out for hard work done well.  But sometimes our well-intended accolades come with unintended consequences.  Students who strive to be the best often become stressed, frustrated, and even burned out with school.  The question we should be asking: Is it really worth it?

In today’s episode, I’m joined by current middle school principal Charley Cass to talk more on the awards season.  We take a look at this from the perspectives of educators, students, and parents.  Charley brings us stories from his experiences as a building leader at the middle school and high school levels. 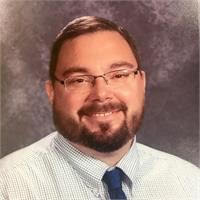 Charley Cass has been a southern Illinoisan his entire life.  After high school he attended SIU-Carbondale.  Since then he has completed multiple graduates degrees, all at SIU-C.
​After college Charley has stayed around southern Illinois working at Mt Vernon Township High School in Mt. Vernon, IL, a high school principal at Elverado High School in Elkville, IL, and is now a middle school principal at Central Junior High in West Frankfort, IL.  Added altogether he has been Anchored in Education for 17 years.
Charley has stayed involved with the Illinois Principals’ Association.  He currently serves as the Region Director for the Egyptian Division.  He is a frequent organizer of EdCamps throughout the region to help provide meaningful professional development to educators at all levels.  He is a frequent presenter with topics covering the impact of poverty in schools, restorative practices, and social media branding.  One of his greatest accomplishments came from his hard work as middle school principal.  In 2016, Charley was named the Illinois Middle School Principal of they Year.
Charley lives in rural West Frankfort with his wife and two children.  His wife is also in the kid business as she is the co-owner of a childcare center with another in progress.  You can find Charley Cass on Twitter: @CharleyCass