Education has evolved in many ways over the last several decades. Almost everything from curriculum, to technology, to how we approach teaching has improved. We often say, education sure doesn’t look like it did when I was in school. Which is great because I don’t want my children taught the same way I was thirty years ago.

But we might notice one thing that hasn’t changed—the majority of administrators are still men. Though countless studies have shown us that women are equally capable and sometimes even more so to lead than men, we still find a disproportionate amount of men in the top roles.  And while we’ve seen great increases in numbers in the principal role, we are still facing 75 percent of the superintendent population being comprised by men.

Women in Leadership is such an important topic. Which is why I’ve invited Dr. Courtney Orzel on Anchored in Education today to talk more on why it is important to support, encourage, and grow women in leadership roles. Courtney is a nationally recognized superintendent for many of her efforts including using social media to promote your district and encouraging women in leadership. 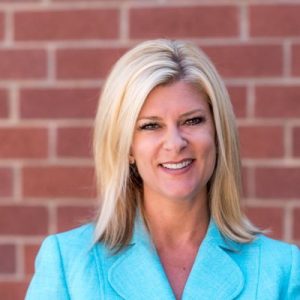 Dr. Courtney Orzel is in her 6th year as a superintendent serving Lemont-Bromberek SD113A.   Prior to that she has held positions as middle school principal, assistant principal, and teacher.  Dr. Orzel has been honored with recognition from the AASA as a finalist for the Women in Leadership Award in February of 2019, has led the IASA SuperWomen initiative in support of women in leadership, and has led numerous workshops, PD sessions, Twitter chats and podcasts. She has two children, Nolan and Elle, and in her free time serves as a Rotarian and teaches as an adjunct professor for aspiring principals and superintendents.

A Look Into ASCD with Ronn Nozoe

And The Award Goes To… with Charley Cass