A leader is more than the person who holds the leadership title or has taken a step into administration. A leader is someone who recognizes their role and value and steps up to become a foundation. Teacher leaders do not wait until others solve problems for them; they see a problem and take initiative to to find a solution. Joe Fatheree and Rebecca Mieliwocki co-authored the book Adventures in Teachers Leadership. A book that explores the pathways, strategies, and inspiration for every teacher. Joe joins Anchored in Education for a two part series on teacher leadership.

This week we continue the conversation, including now professional development, advocacy, and getting started in your school district. 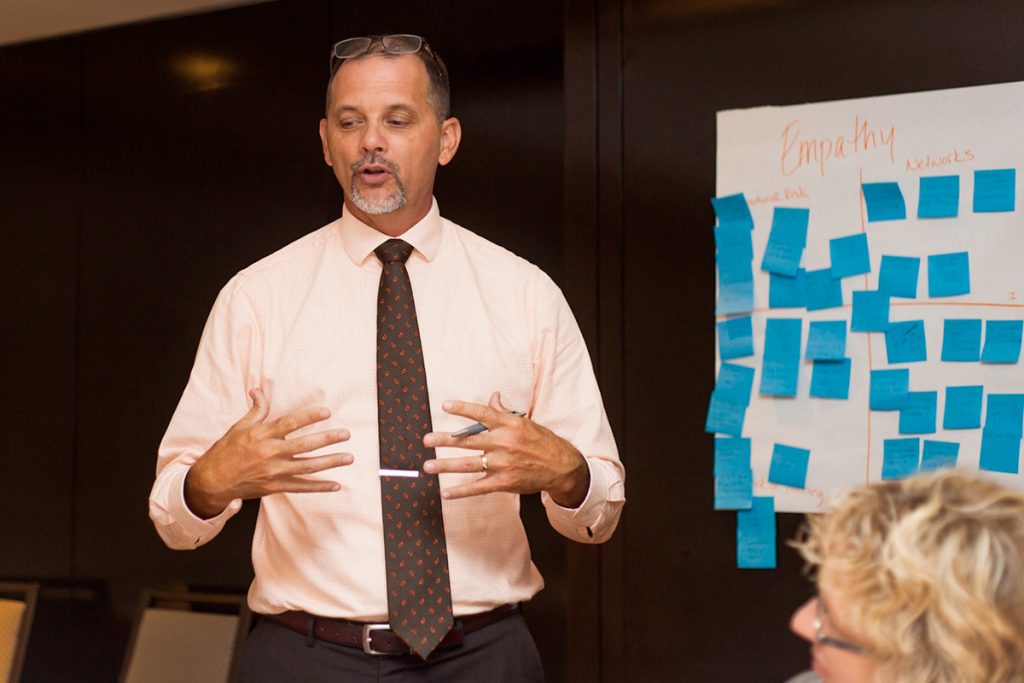 Joe Fatheree is an award winning author, educator, and filmmaker. He has received numerous educational awards, including Illinois Teacher of the Year and the NEA’s National Award for Teaching Excellence. He was recently named one of the Top 10 Teachers in the World by the Varkey Foundation. He has served as the Director of Strategic Projects for the National Network of State Teachers of the Year in Washington, D.C. and is the instructor of creativity and innovation at Effingham High School in Illinois.

Fatheree’s television work has aired nationally on PBS, The Documentary Channel, Hulu, and the MLB Network. He is the recipient of 3 Mid America Emmy Awards and a Telly.

Make sure to grab a copy of Joe’s book Adventures in Teacher Leadership.

We’re All In This Together with Joe Sanfelippo