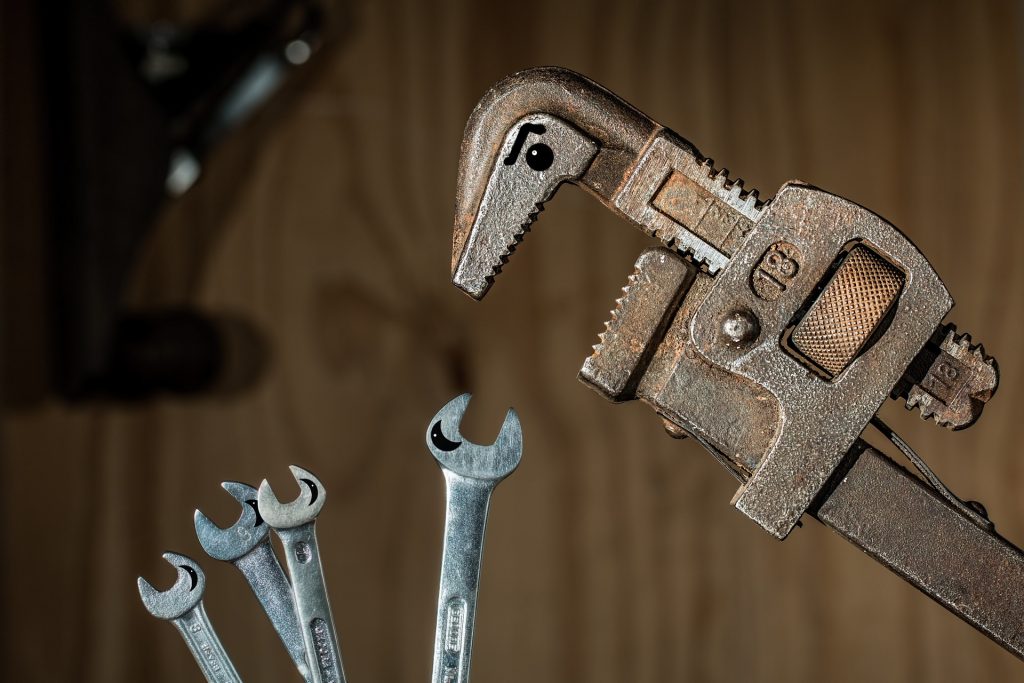 I spent several years working in factories. I’ve blogged about it before that some of my greatest skills I have used as a teacher and administrator were learned from the factory. Today I’m going to talk about my time spent at a fiberglass pultrusion factory in a small town outside of Rochester, Minnesota.

I was hired at this factory in 2006 as a chemical mixer. I mixed a variety of chemicals. I’m actually not going into much more on the process or the chemicals as I’m not sure how long the nondisclosure agreement was for when I signed on. All I remember them saying is that everything was proprietary.

The main thing to know is that in fiberglass pultrusion, the process must be nonstop. If the process stops, the product will be ruined. So I started the week on Monday at 5am. My shift ended at 5:30pm. The second shift came in at 5pm for that half hour overlap so we could hand everything off smoothly. The process never stopped.

The company had a good culture. It came with support from the executives to us down on the factory floor. There were only around 7 of us on each shift. Our typical work week was Monday-Wednesday. If we showed up on time each day and stayed for the duration of our shift, we were given the extra hours to make 40 complete hours.

When things picked up, we added Thursday to our schedule. So now we had four days of 12 hours shifts, but we were still given the bonus hours. I brought home a decent weekly paycheck.

The climate could be described as positive…most of the time. And that is where my story about Papa Tom begins.

Tom had worked at this company for many years. I do believe he was one of the longest standing employees. His retirement was in the works when I started. I really don’t believe Tom was my immediate supervisor. I think that was a recently hired or promoted man by the name of Justin. Justin was supposed to be mentoring under Tom.

Tom was a burly man. He stood well over six feet tall. Had a booming voice. Leather hands. He was mostly bald and wore outdated glasses. “They are what I like,” Tom would say when asked about them.

Tom was also a kind soul. There was a man—his name escapes me— on our shift who was missing an arm as a result of a work accident many years prior. I think Tom always felt responsible for that accident. Even though this man was probably close to 10 years to Tom’s senior, Tom always treated this man with compassion.

Tom was also knowledgeable. Not just on fiberglass pultrusion, but on how things worked in general. Cars, machines, mathematics. When engineers needed to discuss an idea, they came from their upstairs offices to run their idea by Tom. It all amazed me. If you recall from an earlier blog post, I was at a time in my life where I had, on my own admission, withdrawn from college for the second time. I was beginning to see that someone’s worth was not defined by how or what they did in academics.

Then one day, Tom threw a wrench.

Not a wrench in the plans, mind you. I’m talking about a metal wrench. He threw it. Not tossed it down. No, in a fit of rage, Papa Tom threw the wrench. It was in the direction of people. I’m not sure if it was intended to hit anyone. It didn’t. But even with pultrusion machines still going, the factory seemed quite silent.

I had been warned about Tom’s temper before. I had seen it only in bits and pieces. Nothing I haven’t witnessed in a factory before. But the wrench throwing incident was eye-opening. I saw the side of Tom many had seen but I had so easily overlooked.

A few days after the wrench-throwing incident, he addressed us all to apologize. Many shrugged it off. Some laughed about it. But I began to view Tom in a different way. I mean he was still knowledgeable, he still seemed to have a kind soul, and he was still burly. But everyone walked on eggshells around him. And the kicker is, we always had, I just didn’t realize it.

We all feared Tom. More so, we feared Tom’s anger. Tom was knowledgeable but I began to see that he had the same expectation of knowledge for all of us—regardless of how long we had been there. He had the expectation that we could read his mind and do what he needed us to do. He actually had these same expectations on inanimate objects, which I am pretty sure led to the wrench-throwing escalation.

Conveying expectations to students using fear is never the way to go. If you’re bragging because your class is so silent and well behaved, but it is done so out of compliance and not respect, then you are a Papa Tom. If you lose your cool, you will lose any respect gained.

There is something to the saying, you catch more flies with honey than with vinegar. The premise of the saying is simple: be nice to others. Treat them well. I’ve always done this with my students, both when I taught first grade and now with my third graders. I also exercised this practice as an administrator, both as a principal and later as a superintendent. But I lost my cool once as an administrator.

I didn’t throw a wrench. I didn’t throw anything. I did raise my voice. I do not believe I yelled. If I had yelled my secretary would have heard and understood what I was yelling. I later asked her and she did not hear anything. Best thing about her is that she would have told me immediately. I wanted to add this perspective because the person on the other side of the table had a completely different opinion.

To hear the person on the other side of the table describe it, I was nearly foaming at the mouth as I yelled at her. That taught me a valuable lesson. When we react with a less than calm, rational tone, people draw opinions based on that. Any of the social capital we might have built up is expended all on that one bad incident.

I apologized to her. We had a cordial relationship for the rest of my time. I get the sense that she never truly forgave me. I guess that has to be on her. I’ve done what I can to rectify the situation..

If you are one who is quick to anger, I recommend counting to 10. If it’s really bad, count to a hundred. The time you spend counting won’t be wasted. It allows you to remain in control and not damage your character to others. Losing your cool quickly erases all the good you’ve done from the people’s minds. Now everytime they see you they will be given the image of you losing your cool once.

I have to also add that losing your cool with students may not only render your credibility tarnished with them, but it may also have zero effect on them. Too many of our students leave school to go to a home environment in which they are subjected to being yelled or cursed at. School is their safe place. Why would we want to do anything that could damage that sense of security for them?

In short, don’t be a Papa Tom.