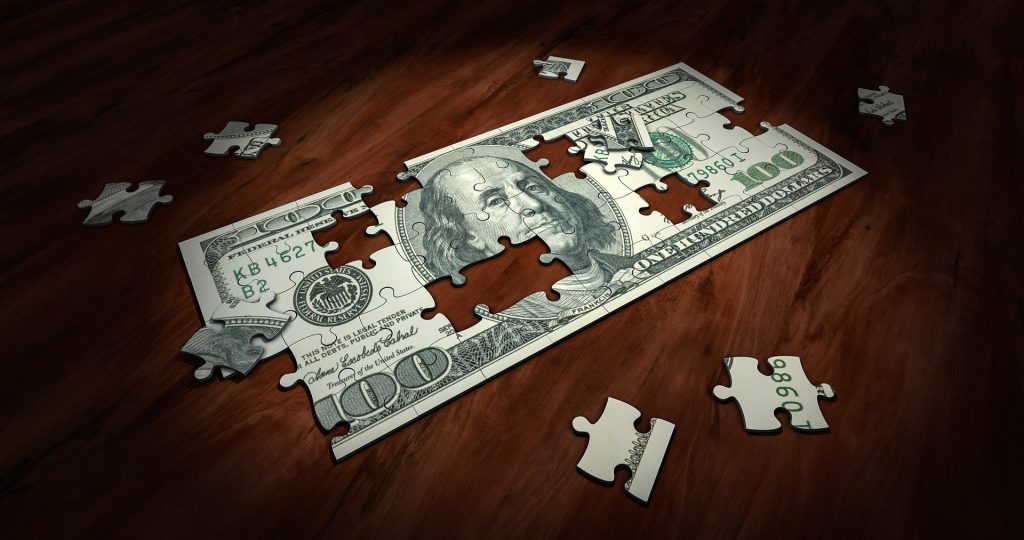 “True wealth is not of the pocket, but of the heart and of the mind.” - Kevin Gates

Money is not the root of all evil. The often misquoted Bible verse from 1 Timothy 6:10 says, “For the love of money is a root of all kinds of evils.” I once heard someone say that money can’t make you happy, but it sure can make you mad as hell. I think there is some truth to that statement, but not for the reasons intended by the person who said it.

Have you ever thought about how much money is referenced in teaching? I mean, we’ve all heard people say some variation of, “I sure didn’t get into teaching for the money.” What’s more is that when I was teaching people would say this to me: “You must love teaching because I know you aren’t doing it to get rich.” Um, thanks? I mean I am not sure if I should be flattered that they recognize this or insulted that they’re typically the same people who complain about educators getting all of their property tax money. (That’s probably another post.)

When I transitioned into administration people began to change the narrative for me. “Oh, you’re going to where the money is at in education,” or “You’re in the money now,” or, when a particularly sticky decision had to be made: “That’s why you’re paid the big bucks!” How do you respond to that? That was never even remotely close to the reason why I transitioned into administration.

When I was a first grade teacher I was sitting through a post-observation conference with my principal when she said, “Scott, you have natural leadership abilities; I think you should consider becoming a principal.” I did not miss a beat. I said, “Every day I get to come into my classroom and have a direct impact on 22 young lives. I cannot imagine giving that up.” The seasoned principal of the K-5 building smiled with compassionate eyes as she retorted, “Every day I get to have an impact on over 500 lives.”

It was a simple statement, but it left a profound impact on me. From that point on I began to think about what a transition into the principalship would be like. I was selective in my search. I refused to paper the state with my resume. I did my research on each school I applied to. For a while I thought I would take over the elementary building in which I worked, but someone told me, “It’s tough to be a prophet in your own land.”

The first place I interviewed wanted to offer me the job but I told them I wouldn’t relocate. It was only a 35 mile commute. The second place I interviewed was in a community two hours away, so relocation was a given. They offered me the job. I still remember when the superintendent called and told me what the salary was. It was double what I was making as a teacher. I couldn’t believe it. Never once in the process of applying and interviewing for principal positions did I think about a significant pay difference. Some might call BS on that, but it truly was naïveté at its finest.

I will say that the new title did bring many more responsibilities plus a 12 month contract. It was never the money though that made my drive what it was. I didn’t do crazy principal challenges because I was well paid. I did it because of the students. And trust me, if it wasn’t for students I never would have rode a horse across town to school.

As I spent my three years as principal, the words of my principal kept echoing back to me. If I could have an impact on the 350 students in my building, what kind of impact could I have on all 700 of my small, rural elementary school district as the superintendent?

When the Board of Education expressed interest in me transitioning into the superintendent’s role, I began researching pay. I knew what kind of toll being principal had on me. I ended up settling for nearly 20 thousand less than I had asked for to take the superintendent’s position. So why did I agree to run the largest district out of the seven districts in my county while being the lowest paid? Spoiler alert, it was never about money.

Money can’t make you happy, but it sure can make you mad as hell.

As time went on and more of my time and efforts were diverted away from students to deal with the problems of adults, I began to realize that no amount of money is worth the heartache I was enduring. After my first year as superintendent, I didn’t receive a raise. The Board said their offer for my first contract (2 years) was the pay for both years.

After my first contract was up I asked the Board for just a one-year contract. I said that I wasn’t really happy with how things were and specifically said that I was struggling with being micromanaged. I pointed out some things that the whole Board knew about. In hindsight, I should have pointed out the number of times the Board president called me to question why I would interview someone for a certain position because I had to hire so and so. In other words, he was out telling candidates who he was friends with that he’d make sure they got hired.

The Board was suspicious that I asked for a one-year contract. They were convinced I was going to leave them for a bigger district. I reminded them that my son would be entering high school and we had no intention of moving him. Then right after he graduated my daughter would be entering high school. Long story short, I wasn’t planning on going anywhere. That was, unless I couldn’t find my why or happiness doing what I was doing. To which, I was honest about that.

The Board asked me to step out. When I came back they offered me a four-year contract. They said they were more than pleased with how everything was going and would work with me to ensure that things got better. I also got a three percent raise.

Money can’t make you happy, but it sure can make you mad as hell.

If you’ve been following my blog over the last couple of months you know that I left my four-year contract after just one year. Things didn’t get better. In fact, some Board members went out of their way to make sure I was more miserable than before. Little did they know how their treatment of me would actually open doors and set me free.

Each role in education carries its own unique responsibilities with appropriate pay based on the role. That is, except for teaching. I make good money thanks to my years of experience and my level of education. But I have never been more exhausted or worked near as hard as I do in the classroom. And the work outside the classroom is never ending, too.

So how is it different? As a superintendent I was on two blood pressure medications by the age of 37. I remember specifically Christmas of 2019 and how my entire Christmas break was monopolized by board members and parents upset over something that was going to take time and mad that I wasn’t giving my every minute to it. It got to the point where a grandparent got involved. I now see that the same grandparent is running for an elected office. God help that district should they be elected; I’ve seen the ugly side of that person.

My exhaustion as a teacher is coming home after working directly with students. Does that provide its own stress as I review benchmark scores and progress monitoring? Yes, but it also allows me to make adjustments and tailor instruction to bring about change. It’s the fulfillment of changing…molding…affecting the lives of the children I teach each day.

With the proper support I could have had a different experience as a principal and superintendent. Will I try it again some day? I honestly do not know. It would have to be at a place where I could immediately tell what kind of support I would be receiving. Money has never been a factor of my decisions in education. Because in the end, money didn’t make me happy, but it sure did make me mad as hell.n