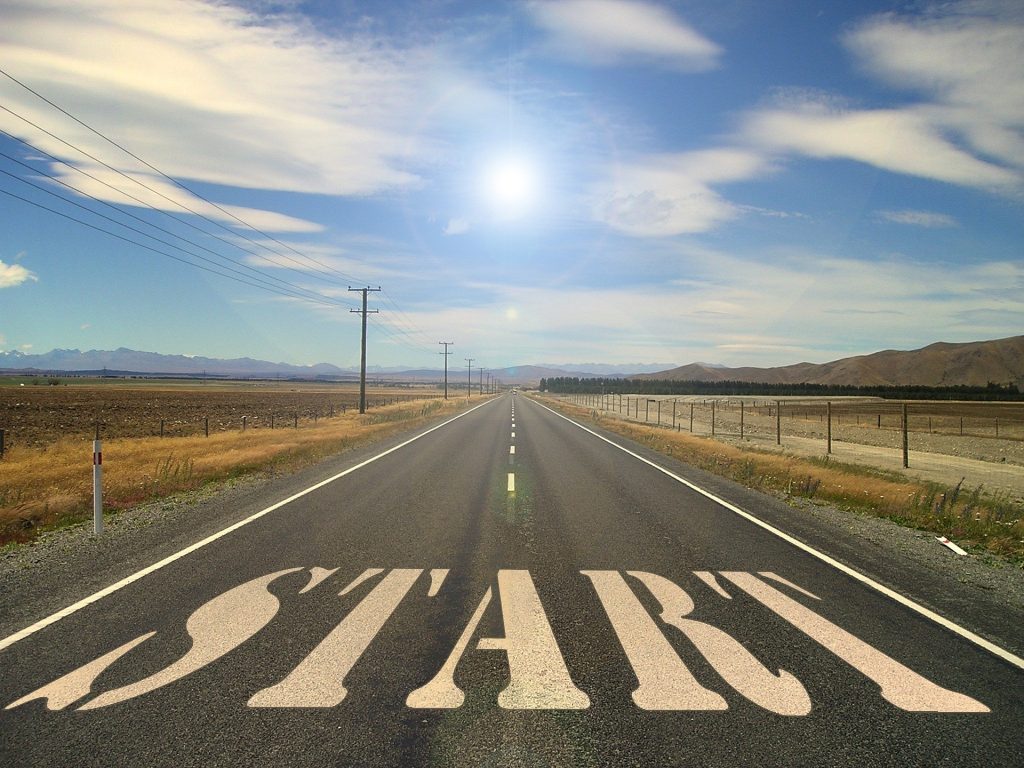 “When you come to a fork in the road, take it.” -Yogi Berra

Since my podcast Anchored in Education went into hiatus back in July of 2020, I have been searching for what gets me out of bed each day. I’ve spent a lot of time reflecting on my career in education—from the beginning as a paraprofessional, to a first grade teacher, a principal, and a superintendent. It’s like I could see the progression of how the enjoyment was being taken from me.

It wasn’t the students or really even the job. The students are what kept me putting one foot in front of another during my lowest times. The job gave me the opportunity to impact the lives of many. That, too, gave me reason to walk through the schoolhouse doors each day.

No, the enjoyment was being taken from me by insignificant people who I let dominate too many of my thoughts and energy. Of course, allowing that kind of power over me was my fault, but the negative energy these people had ended up impacting the students I cared so much for. So I took it upon myself to battle back.

By December 2020, approaching the end of my 37th year of life, I found myself taking two blood pressure medications. My body also felt like it was breaking down from the constant stress and pressures. I was also going through one of the most trying times in my personal life. But I checked all my personal problems outside the school door. I kept a forward-moving mentality through the height of the pandemic.

But like a wounded animal being stalked from the shadows by a predator, these insignificant people saw vulnerability. They saw the opportunity to pounce. Their reasons for pouncing were self-serving. As a leader I kept moving forward at all times. That doesn’t sit well with lazy people. This is especially true when one insignificant person wanted my job. The only problem, I had been nothing but a respectful, professional community-minded leader from the beginning. I had six years of positive evaluations and reviews, I was the president of my local Rotary Club, and I was well-liked and a known advocate of our students. When I was out for a run or a walk kids would dart from their doors to come greet me. Some would ride their bikes alongside me. Parents regularly remarked on how I could call each student by name. I also hand wrote notes to any student who had their name or picture in the paper. These students often returned the favor when I made the news. I spent one summer being penpals with any student who would write me a letter.

So the insignificant people had to resort to fabrication. Lies. Defamation. Disinformation. Exaggeration. I’m not sure what their end goal was, only that it involved me not being at the superintendent post anymore.

It got so bad I ended up getting an attorney. We reviewed everything and realized quite easily the multitude of holes in their ill-planned plot to get me to leave. But she said something to me that stuck: “They’ve missed this time, but what happens when they sway more people to turn against you next time?” She asked, “Is it worth it?”

I was in year one of my new four year contract. I had an option out of my contract after two years, but I could not go through another year of this hell. What finally led to the ultimate decision to step down? Students. If the adults were so focused on trying to manipulate situations to solely benefit them, the students would continue to lose. I would not have that on my conscience.

On July 1, 2021, after increasing total funds to the district by over a million dollars, successfully leading in-person learning through the pandemic, and creating several partnerships with the district, I tendered my resignation as superintendent.

I had started a building project to address the long overdue need of creating a separate cafeteria for the elementary school. I did this without raising property taxes by leveraging low interest rates and bond refinancing. Still, I wanted to make sure the necessary supports were in place. The interim superintendent would have enough on her hands with the on-going pandemic, so I stayed with the district as a consultant through December 31, 2021.

To ensure a smooth transition, I met with the interim superintendent prior to stepping away. I left 14 pages of transition notes that detailed everything the district had done the past three years, anything still ongoing, and upcoming areas of concern that would need addressed.

By the time July was winding down, the successful transition complete, it became time to soul search. I talked to friends. The same theme always came to the surface: what makes you the most happy?

I knew what it was, but wasn’t ready to admit it yet.

With the start of the new school year approaching, I felt a tug at my heartstrings. That first day of school. For the first time in 12 years I was going to miss it. What I missed the most was writing a corny, poorly sung (by me) parody to get students, parents, and educators excited to return to school.

Then the thought hit me: If I’m a champion for all, why not give EVERYONE a welcome back song? But how could I make it personal and meaningful? Four days after conjuring up the idea, with a freshly recorded parody on my MacBook, a GoPro securely mounted to the hood of my filled up Jetta, I left my house at 6:30 in the morning for what ended up being a six-day journey across the entire state of Illinois, visiting all 102 counties.

Something magical happened during what I called my county tour. I felt the weight being lifted. The fog clearing. The passion returning. On day four of my excursion, I entered county 70 on my list: Mercer County. I visited the county seat, Aledo. Upon leaving, something inside of me was stirred. That night while at dinner I filtered a search for openings by selecting only Mercer County and making sure to filter by instructional openings only.

And there it was. Like Clark Griswald spotting the perfect Christmas tree from afar as a light from the heavens shined down on it, I too, found my perfect tree—only mine was in the form of a third grade position that had been posted just 24 hours earlier.

I sent a lengthy yet quite informal email to the building principal. I explained that despite my previous administrative experience, despite having a Ph.D. in leadership, despite successfully completing the Illinois School for Advanced Leadership, I was stepping away from administration and back into the classroom. I told him I would end up in a classroom one way or another, but if he was willing to take a chance, I would make sure he would not regret it.

He called me the next day. It turns out he had a late resignation just six days before the start of the new school year. He said, “I need to at least meet you in person. Can you be here at 2pm on Monday?” I said absolutely.

Which is also what I said when I was offered the job that Monday at the conclusion of the interview. The only catch was that students’ first day was Wednesday. I said no problem. I drove five hours back to Fairfield, packed up the essentials on Tuesday, and arrived in time to greet my 20 newest friends on Wednesday.

I have not regretted my decision for a minute. I have not looked back once. My principal has said on multiple occasions that he would understand if I wanted to go back into administration. I said maybe someday. I’ve received calls from people asking if I would be interested in applying or interviewing. They’ve all received the same answer, no thanks.

I haven’t even seen my resume since sending it back in August. The desire to apply somewhere else is not appealing. Which is what I was told by a wise leader once: “When you find yourself in a place where you’re happy, nothing else will look appealing.” Mercer County has given that to me.