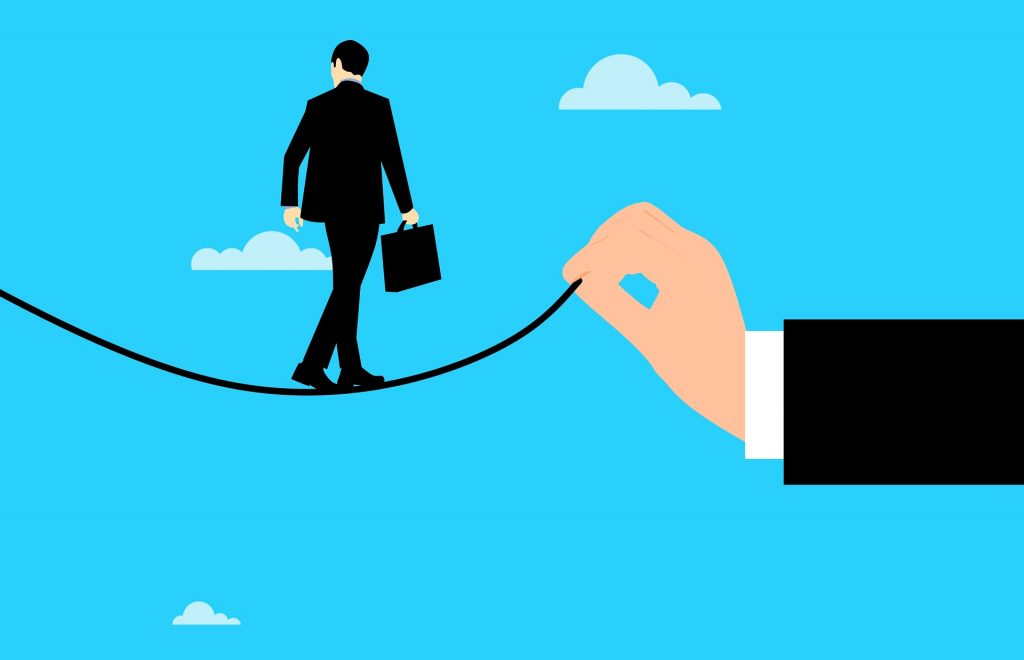 If you have been reading the past couple of weeks, you would have seen I had a two part series on confirmation bias. I figured while we were in the realm of psychology, we should probably visit another harmful trait: projection.

Many aspects of life can be subject to projection such as shame, fear, anxiety, trauma, core beliefs, and expectations. What I’m going to discuss today is a different kind of projection, but one that I’ve experienced firsthand from insignificant people. Allow me to set the stage with a personal example.

In all of my evaluations, I always received high marks in communication. As superintendent, one of the first things I did was make sure that everyone in the district was kept up to date as to what went on during board meetings, oftentimes sending out a board recap before I even left the boardroom. The pandemic became a time in which communication was of utmost importance. I felt that I rose to that challenge.

Imagine my surprise when I was accused by insignificant people for lack of communication, for keeping people in the dark. Actually, surprise was not my first reaction. Laughter was. Then when I realized it wasn’t a joke, it quickly went from surprise to anger. I also realized that it is easy to say that oneself is a good communicator. It needed to be quantified. Thankfully, as a person who appreciates the power of data, I had quantifiable proof.

The pandemic officially began with the governor’s announcement on Friday, March 13, 2020. From that date until exactly one year later, I had sent out 103 emails to ALL staff. That does not include emails out to the board, my administrative staff, or my superintendent cabinet. That does not count in person communication with union officials, administrative staff, or just concerned teachers wanting more information.

I also counted text messaging communication to the board of education, the easiest way to quickly communicate. I only counted the times I sent texts that disseminated new information. The total? 117 text message updates in a 365 day period span. Clearly, communication was not the issue. The issue it turns out was not me, it was insecurity projection by others.

I still have the notes from a meeting I had with some teachers while I was a superintendent where they expressed concerns over their building leader. A few bullet points from that meeting include unapproachable, uncertain with decisions, presence, and communication. I had recently completed the Illinois School for Advanced Leadership where we had extensive practice in coaching. This seemed like a great opportunity to practice some of the skills I had spent 18 months refining.

The feedback I gave was met with resistance. I wasn’t going to give up though because I felt it was my job to cultivate strong leaders who would strengthen the overall goals of our district. Unfortunately for this person, rather than work at improving themselves, they resorted to insecurity projection.

According to Psychology Today, “projection is the process of displacing one’s feelings onto a different person, animal, or object.” By trying to coach my leader I had exposed truths about their leadership that made them insecure. Rather than working on them, it was easier to project them. All of a sudden it wasn’t their issue of communication, it was mine. What’s worse is that person then recruited the other leader in the district to project along with them.

Seemingly overnight I was met with a slew of accusations that had no credible foundation. Details were vague because, as you had guessed it, the projections onto me were not truly my issues, it was theirs. It truly became laughable in the most unlaughable sense. As I took notes over the course of a couple of months, I realized that the insecurity projections were also met with lies. Many of them were easy to decipher simply because they didn’t add up. Others were easy to determine because pathological lying is a thing; and one of the people had a horrible habit of lying about the most petty things.

I have spent many months in reflection, often questioning myself on what I could have done differently. And moreso, challenging myself to help others find a way to quit projecting. Or maybe it is to make sure that no one gets caught in a similar situation in which projections come so fast and wild that it is impossible to keep your head above the water.

Hiuyan Lam wrote in her article “10 Ways to Deal with Someone Who is Projecting onto You” that, “People project onto others because they can’t be honest with themselves about the things they are doing or dealing with, due to shame or guilt.” While the entire article is a fantastic read, it is geared more towards personal relationships. I am however going to put a workplace spin on a couple of Lam’s suggestions. Afterall, we all have work relationships with all of the people with work with each day.

While this is not always possible depending on the work environment or structure, trying to avoid a person who projects is ultimately best. I think often of the faculty lounges or workrooms. (Why do these places breed such negativity?) I have only worked in one school in which I ate lunch in the breakroom, and that was when I worked with an amazing first grade teaching team. Every other I’ve experienced easily succumbed to toxicity. And…projecting.

These situations are easy to avoid, but what happens when you cannot avoid the person projecting? Boundaries. Setting clear boundaries for yourself is critical for self care. A boundary in this example would be limiting contact with the projecting person to only critical issues that cannot be ignored. Do not deviate from the topic that needs to be discussed. If it helps, create an agenda and make that agenda available to the other person so they know what is to be discussed. When done, move on.

Don’t Go at It Alone

A person who is prone to projecting quickly proves themselves as untrustworthy. If possible, have a neutral party join an unavoidable discussion. In extreme measures, you can record your conversation with the other person. My only word of caution on that is that you need to fully disclose that you are recording the conversation and why. In some states (my home state of Illinois is one) you must have all parties consent to being recorded.

While it may seem odd to have another person in a meeting that shouldn’t require it, it does take a lot of confidence from the person who is projecting. They cannot comfortably project onto you when there are witnesses. Bringing in a third party takes it from projecting onto you to instead just protecting you.

Surely you have heard the saying, “Argued until blue in the face?” I guarantee you the person who can be credited with saying this first was trying to argue with someone who was projecting. As Lam puts it, “This is already a pretty negative situation, so try to avoid adding fuel to the fire at all costs.”

In the past I would have been quite guilty of this—as would most people I think. When you are faced with something that tries to attack your character, the defense mechanisms go full throttle. Lam continues, “A negative response is only going to drive the projection and make it harder for [the person] to recognize his/her hand in the matter.”

Incredibly, while writing this I talked to a long-time colleague to catch up. My colleague updated me on a person whom we both knew. Without going into too much detail, it became clear that the person had spent a good deal of time projecting onto others to cover what was really going on with them. What’s worse is that I know firsthand the hurt this person has caused to others because of her projecting. But, like pathological liars who eventually cannot keep themselves from lying, a person prone to constant projecting must always project to make themselves feel better.

If the person who is projecting is a loved one or a close friend, I strongly recommend reading Lam’s article. You might be able to reach that person and help them recognize the hurt they are doling out. If it is a work associate, then I recommend trying one of my recommendations or a hybrid of mine and other tactics designed to help people who are projecting. In some situations, if the person is unavoidable, you may have to take a hard look at how rooted you are in that particular position or company. It may be time for a move.

I also recommend making sure to do self checks on yourself. You are most likely not a habitual projector, but life is hard. Sometimes we get caught up with ourselves and project without realizing it. What comes to mind immediately is political beliefs. But there are many other areas in which projecting could be easily resorted to if one is not careful.

Let me leave you with a final example of just how easy it is to fall into projecting. Let’s pretend a lesson went awry. Everything from teaching to classroom management seemed to fall into shambles. Your internal voice is telling you you’re a bad teacher. It’s pointing out that you have fallen into a monotonous routine and let lesson planning slip. You feel guilty knowing you could have done a better job in many areas.

Projection happens when you take this guilt you feel on yourself and you begin projecting onto your students. This could be in the form of comments towards them about being disrespectful, not listening, or not caring about their learning. Sometimes we are all too quick to blame students when really we are projecting onto them.

The truth is, sometimes our lessons just plain suck. Sometimes we do slack off and are not truly prepared for class. Chances are, when we slack off and try to squeak a sucky lesson past students, they are going to catch on. At the very least, they will probably disengage. When we see this we find it easier to project our problems onto them to make ourselves feel better. That’s not fair to them or healthy for us.

This isn’t supposed to be a guilt-ridden example. It is supposed to remind all of us that sometimes we have to own our thoughts and feelings. Projecting onto others is a lot like a stimulant. As we project we feel better. Then we have to project more and more to get that same good feeling.

We might not always be able to prevent projecting as it is sometimes a natural first reaction. Becoming aware of the possibility will help make us alert to the fact that projecting is keeping us from addressing the true problem. And if we can make just a little change to ourselves for the better, then we have found something worth celebrating.